After reading What Went Wrong? The Clash Between Islam & Modernity in the Middle East
by Bernard Lewis and watching Rory Stewart’s The Great Game (incredible dual documentaries on imperialism and Afghan independence) on Netflix (the first is also on YouTube), I continued the theme and watched an installment on one of my favorite natural history series: Wildest Middle East.

Turkey was the most surprising to see images of its countryside. In so many ways it looks like Colorado, complete with Asiatic versions of North American wildlife like wolves and bears. Yet at the coast, there is the Mediterranean ecology with sea turtles. Mostly it was one of those things in life where you know of Turkey–where it is, its demographics, its history and culture, its Anatolian shepherds–but seeing it is something completely different. I can’t say what I was expecting. Probably nothing. Probably my brain never attempted to see more than academic facts have shown me. 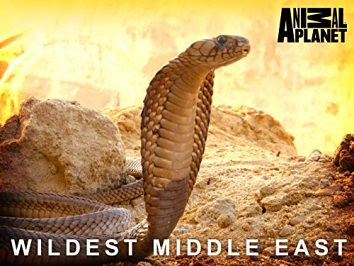 Yes, the episode featured Anatolian shepherds. While most of the episodes show no evidence of humans besides the occasional ancient ruin that lizards roam around and do their courtship “push-ups” (really funny to watch), if I went back and watched the series again I’d probably see one example of traditional human living in each episode: in Turkey the Anatolian herdsmen, in the Caspian the fisherman, in Oman the camel herdsmen, and others.

In terms of presentation, action sequences differ with this series over many other series. Prey versus predator: who will survive? Many shows queue dramatic music and display a gory success on behalf of the predator. Wildest Middle East makes a point to share how hard it is for predators to win–after all, gerbils may not have dramatic toxins and fangs, but they are equipped to more often than not to escape jaws. So often the show has dramatic music–oh no, the critter will die!–and then nope! The smaller critter survives.

Wildest Middle East definitely needs to be re-watched in order to absorb the information and not lose all your concentration in the scenery and watching survival. In addition to the experience by itself, I appreciate that producers included many facets of nature and not just animals. Certainly animals the charismatic stars, but many segments caught plants, weather, and geology in various transitions. Do you think of Oman as a pure desert? Well, three months of the year the coastal mountains trap the monsoon moisture and the land explodes with greenery.

And now, onward to Wildest Indochina. After I finish a miniseries documenting how BBC Earth documented Life.