Last year I aggregated what I thought were the most useful, informative social media posts by Dysautonomia International for Dysautonomia Awareness Month. This year their approach was less cue card and more infographic and news–and the advocates did #makenoiseforturquoise, as they like to put it.

Dysautonomia, also known as autonomic dysfuction, is the umbrella medical term for illnesses affecting the autonomic nervous system, which tells your body everything that you don’t control consciously. Despite its importance is making sure our hearts beat, we have enough blood pressure to direct oxygen to our brains, tell our metabolism whether we need to warm up or cool down, coordinate our digestive organs and more, this organ system is easily and often overlooked by physicians and the public.

How did the awareness effort begin this year? Why,  arranging Niagara Falls to adorn turquoise on the first night of October! (All images originally posted by Dysautonomia International on Facebook. Reflections are my own.)

Some of us have our preferred issues to advocate for, whether it affects us directly or people closely entwined with our lives–and occasionally a chance stranger that somehow transformed our perception. I’m a big underdog rooter, and dysautonomia patients are one category of many chronic illness sufferers that meet that moniker. 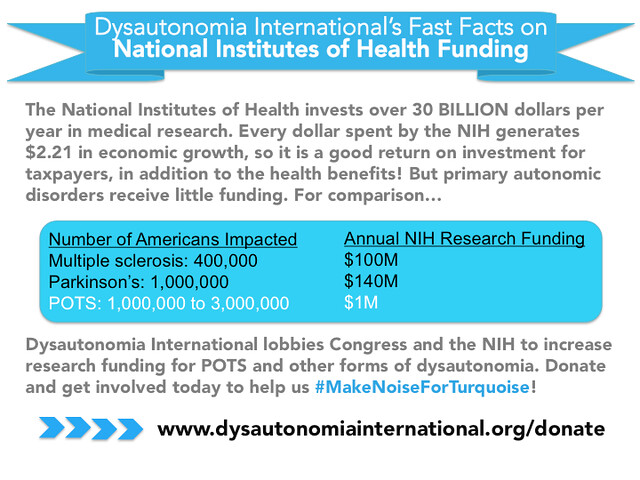 A major issue with dysautonomia is physician education and research. Little is known about the autonomic nervous system and physicians like to work with conditions that they can confidently diagnose and treat. Without adventurous specialists and major government and nonprofit funding there’s little research. The pharmaceutical companies can get on board whenever they like–there’s a lot of desperate patients waiting for a drug geared towards them instead of taking drugs designated for other conditions that might indirectly relieve symptoms. 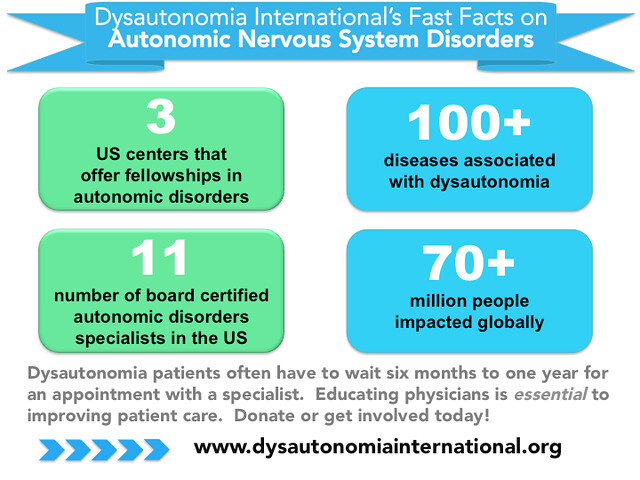 Often patients must travel to major research centers to speak with a physician that actually help. The most renowned (and virtually the only places to get a thorough examination and innovative care for difficult cases) are the Mayo Clinic in Rochester, Minn., and Vanderbilt University in Nashville, Tenn. Not an American and can’t travel? You can hope you find a clever, open-minded physician in your area. Usually patients educate the physicians–the “doctor without a diploma” scenario. However, a popular researcher and physician from Vanderbilt recently opened a new autonomic clinic in Calgary, Alberta! 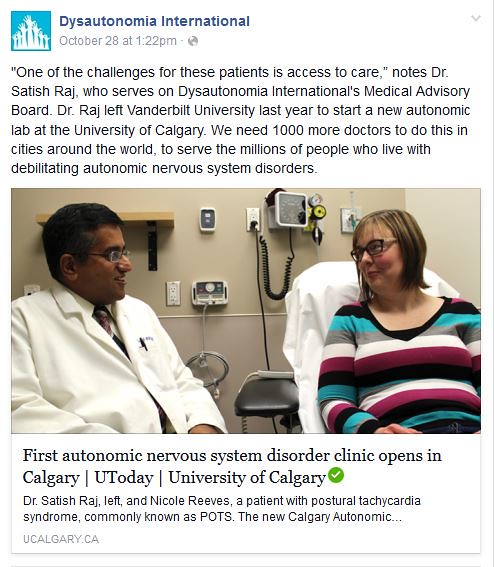 Many, including a fair proportion of dysautonomia patients, develop multiple poorly understood diseases linked by an abnormal immune system (e.g. if you develop one autoimmune disease the body can easily apply that overreaction and attack other organs, resulting in multiple diseases) or a genetic connective tissue disorder (internal organs do rely on skin, bones, and muscles for support, such as your blood vessels in your legs take advantage of healthy leg muscles to constrict and send blood back to the heart). They are the underdogs of underdogs. 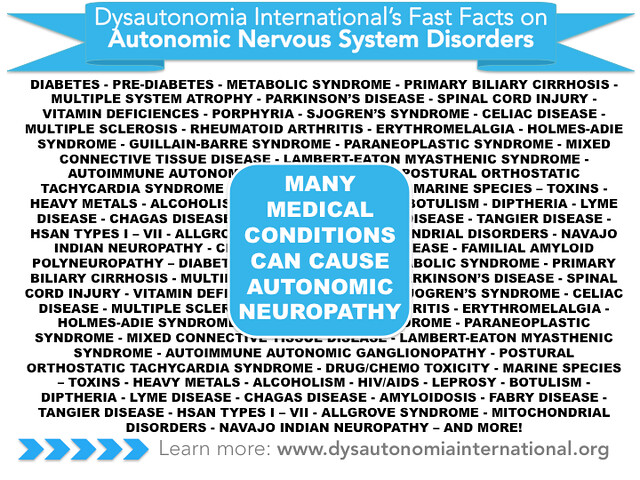 Even though education has a long way to go, the three-year-old Dysautonomia International and countless (I hate using this word for something you can count, but in this case I’m not going to track down thousands of private individuals) volunteers have made a great effort once again. Various cities and states have their own official dysautonomia awareness days, weeks, even months! 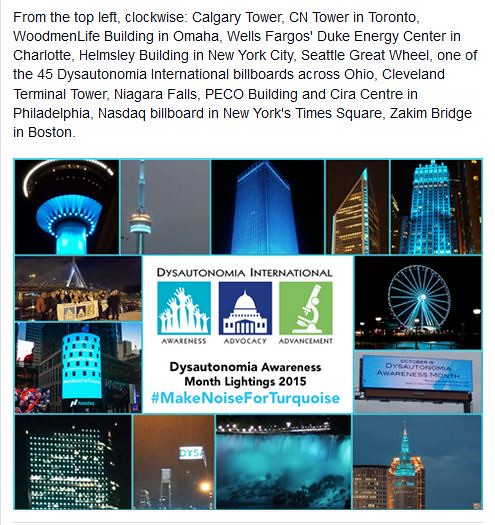 Thanks for reading! I know this isn’t “hot” news or anything of the like. Some journalism instructors like to say topics that need to be said but aren’t often heard are “not sexy,” so I congratulate those that take the time think about something somber in positive light.