After graduating college with a biology degree, I find most of my intellectual interest gearing toward subjects that were not integrated into my program. Conventionally this would mean biochemistry, soil science, water science, geomorphology–basically, environmental and related physical sciences. However, thanks to science nerd social media I jumped on the astrophysics bandwagon.

Books I most want to address? Carl Sagan’s Cosmos and Stephen Hawking’s A Brief History of Time. 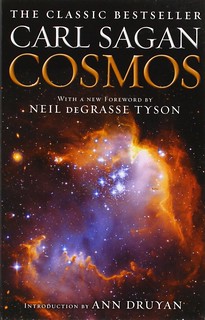 Carl Sagan spellbound me. I have a tendency to read illustrated encyclopedias. Why? They state the facts and I don’t have to be fed political ideals that tend to take place in more “popular” reads. Cosmos was the first in a long time that I broke my rule and it rewarded me. Every paragraph had something useful to say, either history or science. It tells the story of discoveries in a tone enveloped with that kind of spirituality some of us–namely kids–experience when learning about the natural world. You don’t need the flowery language of natural writing or the persuasive, angular language found in environmental writing. Science of the natural world can be told in the same straight-up facts that we voraciously ate as kids, yet at an adult reading level! Don’t worry Mom, I’m not reading Zoobooks again! (Though those are great reads if you don’t already have a zoology degree. They aren’t written in the wishy-washy round-about academic language that textbooks are written in.)

Stephen Hawking lacks the finesse Carl Sagan writes with, but I do love A Brief History of Time nonetheless. An affinity for theoretical physics on the high school or lower undergraduate level is recommended. I struggled with this aspect of physical science but the way Hawking presents the information I experienced a plethora of “aha!” moments. An example would be Schrodinger’s cat. 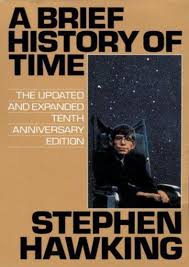 The internet, high school classes and lower level undergraduate courses beat this story until it fails to convey its true meaning. Most of my classmates would be in awe of the concept that a cat in a box would be both dead and alive as long as the observer does not observe one outcome or the other. The concept ended there. This abuses the true story and more than anything teaches the average student that reality revolves around the human experience. You can’t share one side of an analogy and keep its meaning. Scientists can observe electrons by flashing photons at atoms, but they can only observe either the electron’s position or velocity depending on the intensity (which accurately measures position but inaccurately measures velocity) and duration of light exposure (which accurately measures velocity but inaccurately measures position). The observer will never note both the electron’s position and velocity, so physicists assign a dual state for practical purposes.

You can’t just talk about a cat in a box and convey all that. They must be learned together, but these instructors probably want a student’s attention more than anything so skip the context of the story. As it is, Hawking never addressed the cat and explained the concept in fewer clear words than I did! Whoops, I have a long way to go as a science communicator.

On a whole, both of these books and writers belong to a unique and prestigious league: the this-first-read-blew-my-mind-so-much-that-I-require-a-second-read-just-to-retain-all-the-amazing-facts books. Maybe there’s one word to adequately describe that and streamline the title, but oh well.